The House of Forsaken Hope 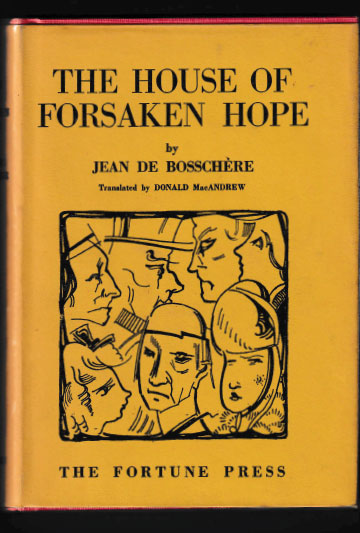 De Bosschere developed a fascination with the occult, the spiritual, the obscure and the sexual. He gave himself the nickname “Satan” and “l’Obscure. The House of forsaken Hope was his last published novel
Number 321 of 500 copies on hand-made paper.
In 1924 Reginald Ashley Caton founded the Fortune Press in London, initially as a small press specialising in gay erotica. His publications are notable for their eclectic content, in particular the occult, and for their original design, especially dust jackets, of which this is a nice example.