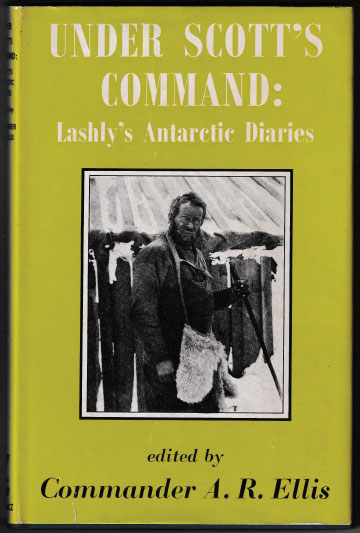 Lashly’s diaries on both the “Discovery” expedition and the last “Terra Nova” expedition when he became Chief Stoker. William Lashly (25 December 1867 – 12 June 1940) was an RN seaman who served as lead stoker on both Antarctic expeditions, for which he was awarded the Polar Medal. He was also awarded the Albert Medal for his role in saving the life of a comrade on the Terra Nova expedition. Very nice copy